The bike pictured above has been listed by smarter people than me as one of the most important motorcycles in history.
I’ve actually eyeballed it in the flesh, so to speak, at Moto Guzzi’s museum at Mandello on the banks of Lake Como, last time I dropped in to that part of the world to do coffee with George Clooney.
The bike — the Moto Guzzi ‘Otto’ (that’s Italian for ‘eight’, in case you’re not concentrating) — was built in 1954.
It was the year that Marilyn Monroe married baseball player Joe DiMaggio. Bill Haley and His Comets recorded ‘Rock Around The Clock’, supposedly marking the birth of rock and roll.  Footscray won the Aussie Football League premiership (and Bulldogs fans are still waiting for the second …)
Yup, it was a very long time ago.
But I’ve got an automotive tale to show just how long ago it was in auto-head speak.
Parked in the mist green Colorbond garage at the top of my block is a 1954 Morris Minor sedan, bought by my wife 30-something years ago as her first car. (She loves it so much she hasn’t been able to bring herself to sell it, even though it defies logic to keep it.) Still running  its original four-cylinder four-stroke 803cc engine that looks suspiciously like a sewing machine, it pumps out a thumping 30 horsepower at 4800rpm to propel its 775kg.
The old Mog just might be the slowest thing I have ever driven.
And before you ask, yes, I have driven a Lada.
You might not believe me, but I swear it’s true, that I once raced a seagull in the Morris. I didn’t initiate the race (gosh, what do you take me for?) but I’m not one to shirk either. There I was, rolling along, minding my own business, and this cheeky bloody seachook flew up right alongside me and, I swear to God, looked in through the open window of the Morris and eyeballed me. It was an avian challenge if ever there’s been one. I locked eyes with Jonathan Livingston, dropped back to third and put the accelerator to the floor, cracking the whip over every single one of those thirty pommy donkeys. The Morris increased its revs and volume, but did not change its velocity one iota.

The seagull flapped, and pulled away

The seagull, on the other wing, flapped, accelerated, overtook me, and pulled away. I gave chase, briefly, then gave up. I was never going to catch it.
Now, I admit the Morris was not a high performance car even in its times, but it was an extremely popular runabout nonetheless, kind of a Hyundai Getz of the 1950s, I guess.
And with that in mind, consider the Moto Guzzi Otto.
Running gear was archaic. Drum brakes. Tyres measuring 3″ (7.5cm) wide on the back and 2.75″ (a bit less than 7cm) wide on the front.
But, the motor. Wow. What a motor. 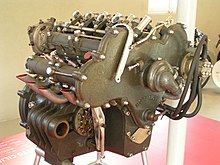 Check these specs: V8 four stroke. 500cc. Water-cooled. Double overhead cam. Eight 20mm Dellorto carburettors, each one feeding its own 61cc piston. And perhaps most impressive of all, the Otto weighed just 148kg. No, not just the motor, the whole bike.  (A quick snoop on Google tells me Valentino Rossi’s current GP race bike weighs 157kg.)
So the Otto weighed next to nothing and bristled with high-techery, but did it go?
Did it go, what!

How’s a top speed of 275kmh (that’s 171mph for Americans and old people) grab you?  In 1954 — when normal folks were driving cars almost as quick as seagulls.
Guzzi mothballed the Otto two years later (by which time there was scarcely a professional racer on earth willing to ride it) and, so the story goes, a faster GP bike wasn’t built until the mid 1970s. Presumably a Japanese multi, but I’m guessing.
Apart from terrifying the eight human beings who got to ride it (including Australian Keith Campbell, as it happens), the Otto spent a lot of time being pushed back to the pits. It overheated. It broke crankshafts. It seized. It crashed.
In hindsight, it shows us that we really have come a long way in terms of brakes, tyres, suspension, handling and such, but not so much in engine performance. Truth is, we’ve been able to generate huge speed from the venerable piston engine for a very long time indeed.
Incidentally, the Otto was not the first V8 GP bike. Another Italian manufacturer ‘Galbusera’ built a two stroke V8 in 1938.
And I might be a lone voice in the wilderness, but I reckon Honda’s NR500 was a V8 too. Read my argument here.

How The Bike Shed Times works

You get to enjoy our work for free. Advertisements appear on our pages, but we don’t earn a cracker unless you click on one of the adverts. Or two. What the heck, click on as many as you like. Even better, buy something from one of our advertisers, and tell them how much you enjoy The Bike Shed Times.  Thanks. 🙂

How to sell old motorbikes